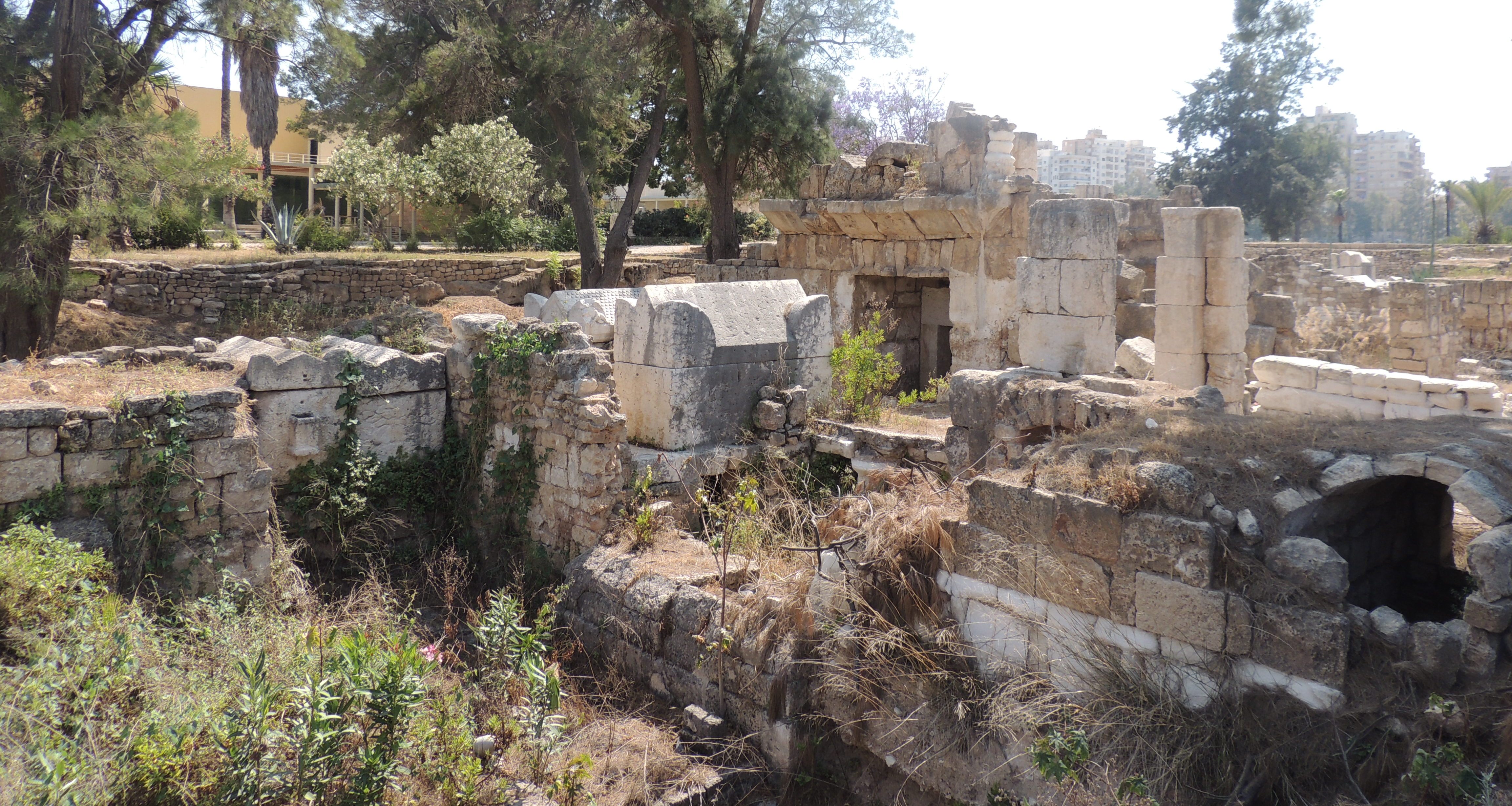 In this burial site, numerous Roman and Byzantine sarcophagi and tombs can be found.

The 300-meters long paved road passes through the Necropolis, where its old and new levels are easily seen.

This one dates back to the 2nd century. The lower vaulted section contains a sarcophagus that belongs to a later period.

Built in the 2nd century AD, it consists of 12 cells divided in 3 levels. It was used to seal off urns containing the remains of cremated people.

1,400 years old, only parts of its foundation, walls and floors, remain to this day.

It probably marked the city’s official border. Made of sandstone, it was covered with plaster colorfully painted. It consists of three arches, a 21-meter high central one, flanked by 2 smaller ones, for pedestrian use. It is believed that the arch was built by Hadrian in the 2nd century AD.

Laid in the 1st century AD, the road was paved with large slabs of limestone. It is bordered on one side by a colonnade and on the other by an aqueduct.

Laid south of the Roman road, on a slightly higher level, this Byzantine “sidewalk” was boarded by shops sheltered by the aqueduct.

It drew its water from Ras al Ain spring, located 6 km South and from Al Maashouk spring, East of Tyre.

Built in the 2nd century AD, it is the second largest one after the Circa Maximus in Rome, with a capacity between 20,000 and 40,000 spectators. It is the only of its kind to be built of stone instead of the usual brick. Its main purpose was to host chariot races.

The Grande Allee or the Mosaic Road

This main street was paved with mosaic and bordered by green-marbled porticoes, in contrast to the classical colonnaded roads of most Roman cities.

This is the only rectangular arena in the world. The original structure is Hellenistic but its present form goes back to the 4th century. Its function is still unclear. Some people say it is an arena for wrestling, others believe it was used for water sports.

Since the soil of the site where the baths were built in the 2nd and 3rd centuries was humid, the bath was built on two symmetrical levels: a lower part composed of arched vaults to elevate and consolidate the building; and a second level with the floor-heating system, covered with marble pavement.

Built in the 2nd century AD, the Palestra was an arena located next to the baths where athletes trained themselves.

The 9th-century AD residential zone was located next to the Arena where remains of houses can still be seen.

Built in the 12th century with material from a 6th-century Byzantine Church, the Cathedral witnessed many coronations in the 13th century.