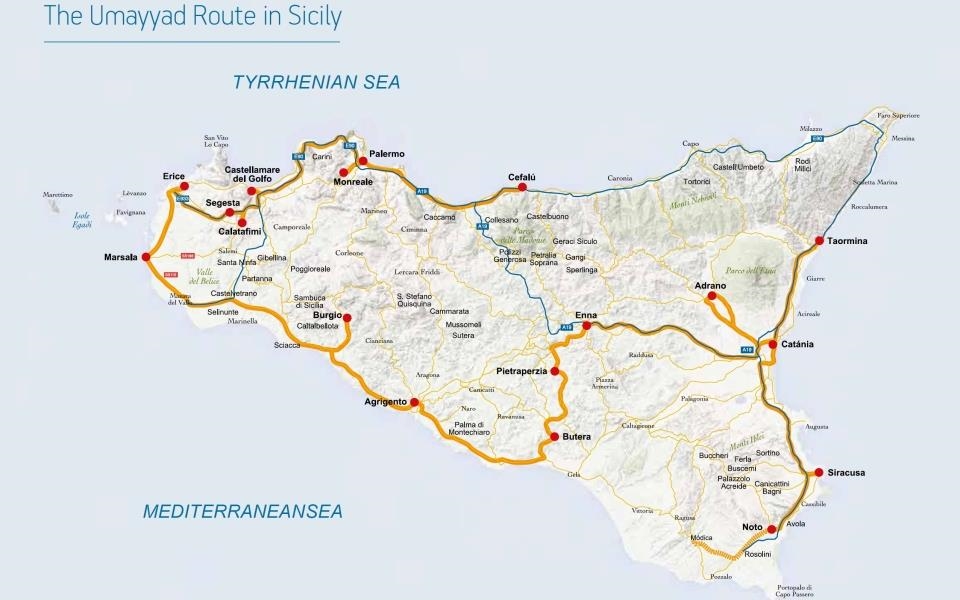 Thanks to its natural wealth and central position in the Mediterranean, Sicily has always been at the crossroads of different cultures, forming a bridge between Europe and Africa. Through the centuries the Greeks, Romans, Arabs and Normans, and at other times the Phoenicians, Carthaginians, Swabians, Angevins, Aragonese and Spanish all made Sicily their home, helping shape its history and leaving behind a mixture of cultures and important architectural remains scattered around a unique island with an attractive mélange of styles and traditions.

Although the first incursions into Sicily by the Arabs date from the Umayyad period, their only real objective was the booty they could seize. The Arabs settled permanently in Sicily in 827 AD when they landed in Mazara on the western part of the island, although it was not finally conquered until the Aghlabids took the city of Taormina in 902. In 910 they were replaced by the Fatimid Dynasty and later, in 947, by the Kalbids, an independent local dynasty, who ruled until 1053. The Arab presence in Sicily brought prosperity and thriving cultural life. The island was divided into three administrative provinces, whose names still exist today: The Val di Mazara, the largest area covering the western part of the island, with its capital in Palermo, the Val di Noto, comprising the central areas and Enna, Catania and Syracuse, and lastly the Val Demone which covered, among others, the cities of Messina, Cefalù and the gulf of Catania. The fall of the Kalbid dynasty brought the fragmentation of the island and civil war, which dogged the last years of their reign. Finally, in 1061, the Great Count Roger launched the Norman conquest of Sicily, which was completed in 1091.

ROUTE OF THE UMAYYADS IN SICILY

In general the Normans (1061-1194) were tolerant rulers. Muslims were afforded protected status and allowed to retain certain freedoms. This attitude led to a mingling of local cultures and a flowering of what became known as Arab-Norman culture. As a result and paradoxically, it was during the Norman period that Arab influence reached its peak and this explains why the 12th century is the best documented period of Arab culture in Sicily.

Two distinct themes permeate the story of both the Muslim and Norman civilizations in north-east Sicily: defence as manifested in the fortresses and castles and water, which inspired the building of numerous bridges and other public works either to protect the purity of the springs or for domestic or agricultural use.

On this basis, the Umayyad itinerary in Sicily also covers the Sicilian Castles and fortresses which date back to the Arab-Norman period and both inland and coastal areas, focusing particularly on medieval towns, villages and castles.

Arabs also brought innovations in irrigation and new crops and fruits which made Sicily bloom and grow in a long period of peace and prosperity. For these reasons, in addition to surnames and place names, Sicilian vocabulary is full of Arabic words covering an entire set of everyday objects and rural customs.