The Taynal Mosque was built by the Mamluk governor of Tripoli Saif al-Din Taynal in 1336 on the site of a 12th Carmelite Crusader Church. It is one of the best-preserved Mamluk buildings. Some architectural features from the earlier church are still visible in the mosque, including the partially-preserved nave. The mosque includes some of the best-coloured marble inlay decoration in Mamluk architecture, in addition to ablaq patterns and the muqarnas semi-domes above its mihrab and entrance. The alternating courses of stone are in black and buff colors. The color scheme is the same as the one used in the city of Aleppo, unlike the red and buff color scheme that was used in Cairo. This is due to the proximity of Tripoli to North Syrian cities. The mosque also features pointed arches, a typical structural system in Mamluk architecture. The stonework in the walls of the mosque shows two styles of constructions: the Crusader and the Mamluk ones.

Built by the Crusader Raymond de Saint-Gilles in 1104, it was rebuilt by Mamluks in the early 14th century and restored by the Ottoman Sultan Suleiman the Magnificent in 1521. It is the largest Crusaders’ fortress in Lebanon.

This double church is recognizable by its delicately crafted door.

It is the oldest and largest mosque in Tripoli and its construction started in 1294. It was commissioned by the Mamluk Sultan Qalawun after he conquered the city, which was a crusader stronghold at the time.

The temple was completed by his son al Nasir Muhammad in 1315.

The mosque was built over a period of two decades, and was cared for its good states in later times. It bears typical Mamluk style traits including the ablaq (alternating colors in the courses of stones), and the muqarna formations (stalactite-like structures).

Commissioned by a Mamluk Prince in 1310, it is an excellent example of Mamluk architecture in Tripoli

Built by ‘Abd al-Wâhid al-Miknâsi in 1305-1306, this Mamluk mosque has a distinctive Moroccan-style minaret.

Built by the Ottomans in 1535, it is topped by Tripoli’s largest dome.

This Mamluk mosque was built by Badreddine Ibn al Attar in 1330 and has the tallest minaret from the Mamluk period, as well as a finely carved muqarna vault in its entrance.

Commissioned by the Ottoman governor of the City and built in 1556, this mosque has an octagonal minaret with two black stone stripes and two upper balconies.

Built at the end of the 14th century, it features a 10-sided balcony on top of its Minaret.

Built between 1316 and 1326, its northern gate is believed to be one of the most elaborate in Mamluk architecture.

Built around 1470, its portal is decorated with shell and zigzag motifs and muqarnas.

Built in 1358, it was commissioned by Saif al Din Aqturaq.

It was commissioned by the Governor of Tripoli in the 15th century.

One of the city’s oldest souks, it was built in the first half of the 14th century.

The Mamluks built the “Soldiers’ Khan” at the end of the 13th century in order to garrison their troops. It is the largest khan in Tripoli.

It consists of two floors, a high-vaulted ceiling supported by 14 granite columns, four gates, and a yard in the center of which there are two columns imported from Pharaonic Egypt. 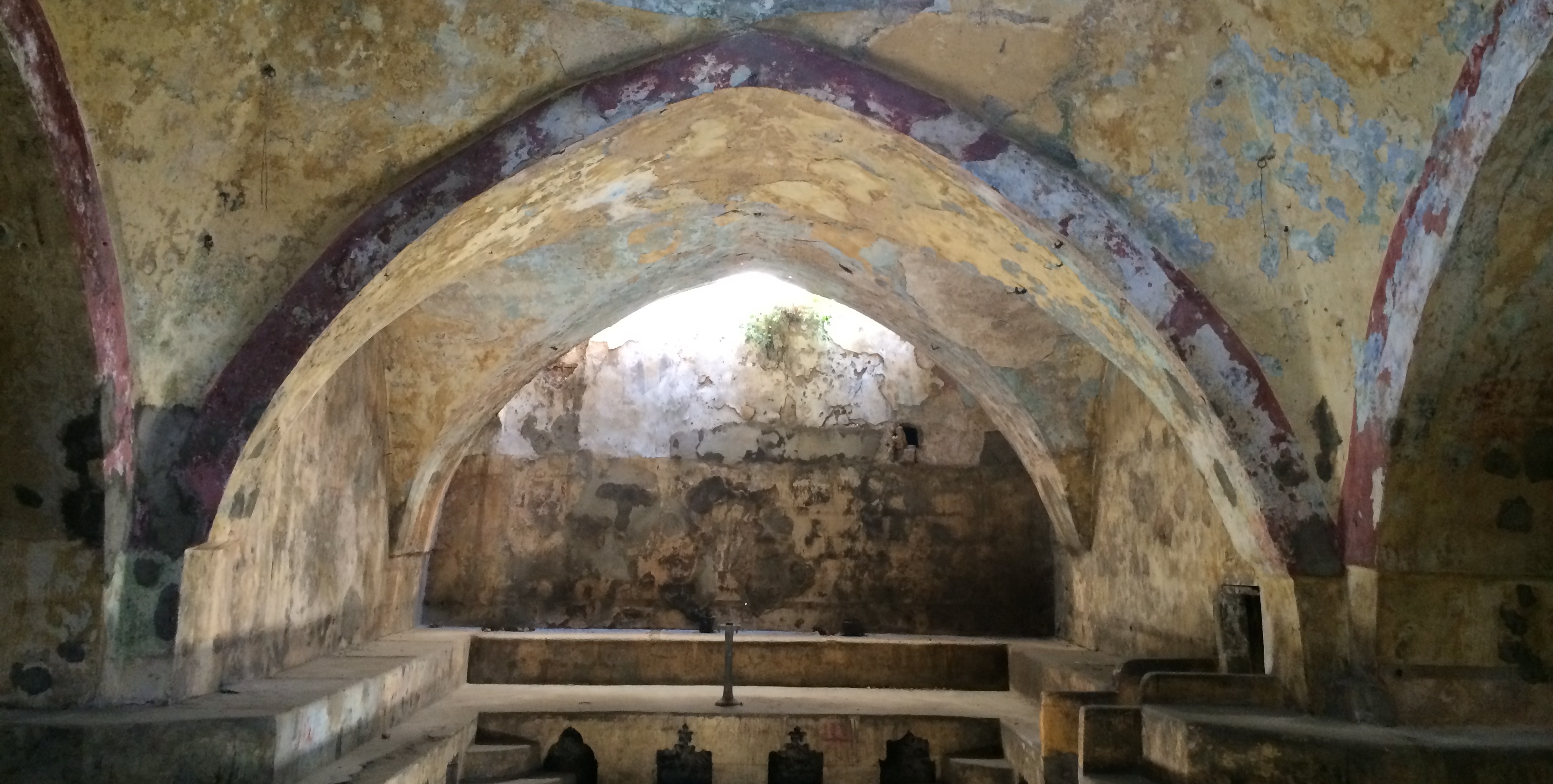 This Mamluk Hammam was built in 1333 by Nour Eddine al Nouri. The floors are made of multi-coloured marble and the vaulted ceiling is perforated.

Commissioned by Tripoli’s Governor Izz al Din, it is about 800 years old and incorporates elements taken from the remains of a Crusader church.

Commissioned by the Ottoman Governor of Tripoli Ibrahim Pasha al- Azam, it was completed in 1730 and is the largest Hammam of the city.

Built in early 20th century by Ottomans, it was restored by the Turkish Government in 1992.

Bourj al Sebaa is a small fortress located next to the disused train station, at the far eastern end of the harbor.

The train station started operating in 1911 and connected Tripoli to Homs in Syria with a single track, and later to Beirut. Between the 1920’s and the 1940’s it formed the terminus of the Orient-Express, an international railway track that connected Paris to Istanbul. It remained in service until the civil war, when it was abandoned and severely damaged.